The occasion and backdrop of the conference in 2021 is the 50th anniversary of Swiss women’s right to vote, introduced in 1971. The conference tackles the theme of «women’s suffrage and democracy» from a democracy and gender theoretical, intersectional and postcolonial perspective with a focus on both Switzerland and the situation in other countries and contexts. First, we are interested in critical analyses of concepts of democracy, political participation, and citizenship regarding their inclusions and exclusions. A second emphasis lies on historic and current manifestations of memory cultures in relation to denied and hard-won political rights in Switzerland and worldwide. Finally, attention will be devoted to contributions focusing on envisioning gender-just societies and politics as well as conceptions of comprehensive political rights and political participation in society. We will consider submissions from all disciplines that engage with one or several key aspects of the conference theme. 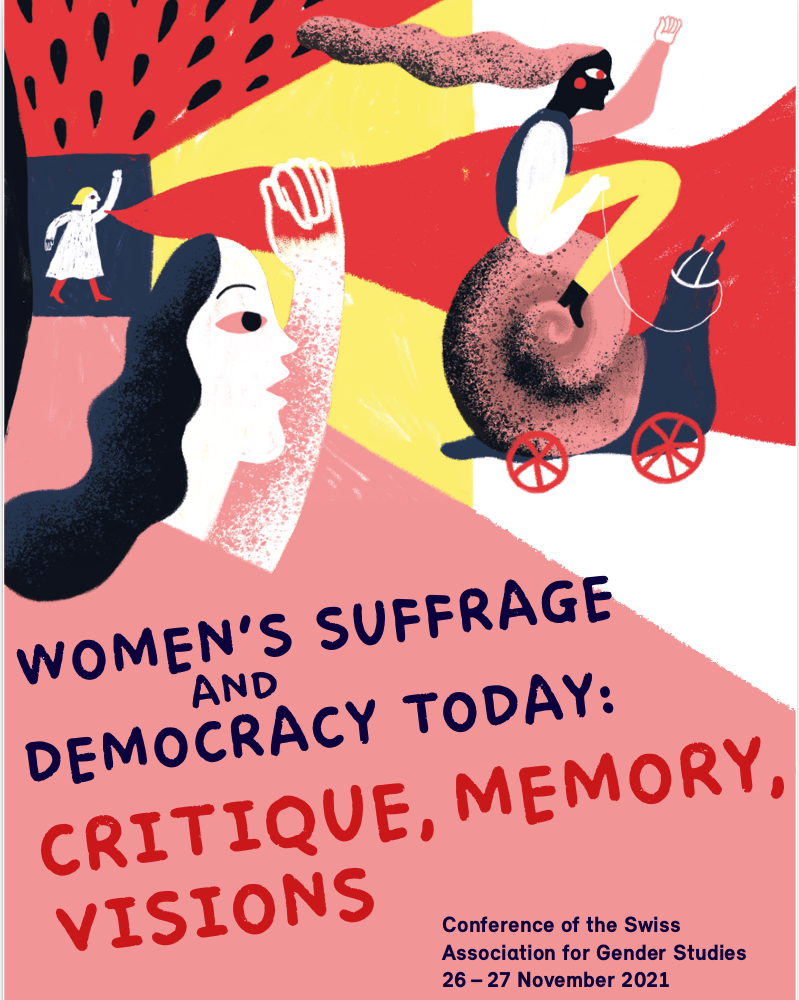